Bird Watching in Central Washington is one of the best locations for birders in the Pacific Northwest. Tucked away far from any major cities, in the cold winter months we host some of the region’s hottest birding. Late winter is prime time for viewing bald eagles in our area.

The best place to view bald eagles is northeast of Ellensburg in the Fairview and Naneum areas during calving season, from February through late April. In addition to the late winter/spring visits, bald eagles also can be found here in the fall feeding on salmon. 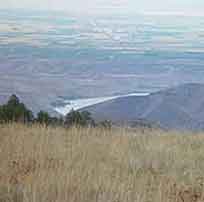 The 91,603-acre Colockum Wildlife Area is located about 15 miles south of the city of Wenatchee, in Kittitas and Chelan counties. Managed as one unit, WDFW owns 46,019 acres, the Washington Department of Natural Resources (DNR) owns 34,561acres interspersed in checkerboard fashion, and the U.S. Bureau of Land Management (BLM) owns 11,023 acres managed by WDFW through a Memorandum of Understanding. The Colockum is contiguous to the south with the Quilomene unit of the L.T. Murray Wildlife Area. Elevations range from 480 feet to 6,875 feet, with steep, rocky slopes and a rolling series of ridges and canyons that generally drain west to east.

Acquisition of the Colockum began in the mid-1950s using federal Pittman-Robertson funds to expand winter range for deer and elk herds and to perpetuate and improve upland game bird habitat. 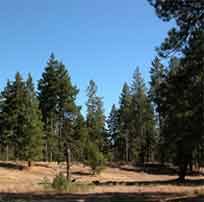 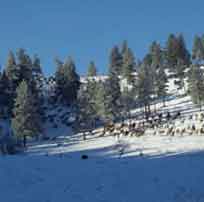 The 54,070-acre L.T. Murray unit is about 15 miles west of Ellensburg. WDFW owns 39,305 acres, DNR owns 14,424 acres currently either leased to WDFW or under WDFW management and the U.S. Forest Service (USFS) owns 341 acres in the Taneum drainage. Lying in the rain shadow of the Cascade Mountains, the eastern end receives less than 16 inches of precipitation, but the westside gets up to 100 inches of snow. Elevations range from 2,000 to near 4,500 feet. The L.T. Murray extends in a band about 11 miles wide from south of Cle Elum to the top of Manastash Ridge. The lower portions of two major drainages, Taneum Canyon on the north and Manastash Canyon on the south, are within the unit. The streams in these canyons flow west to east and empty into the Yakima River. Numerous smaller perennial and intermittent stream channels feed these two major drainages. The timbered portions of the L.T. Murray form the upper watersheds that culminate in Taneum and Manastash Canyons, and the agricultural lands of the eastern Kittitas Valley. 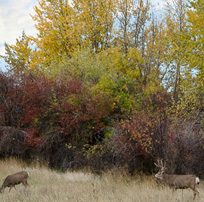 The Naneum Ridge State Forest is 71,000-acres and has good accessibility hunting for both elk and deer on or around Table Mountain. The Naneum Basin/Canyon will holds a variety of animals for viewing as well. If there is early snowfall, the deer and elk will migrate downward and will be found mostly on the south facing slopes of Cooke Canyon and Coleman Canyon.  Coleman creek provides a great access point, but it may be crowded with hunters during Elk Season. 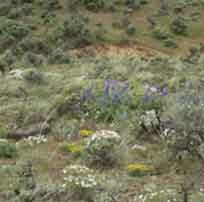 Quilomene offers a habitat for a variety of wildlife including birds! Come here to see quail, chukar, grouse, hawks, eagles, and songbirds. 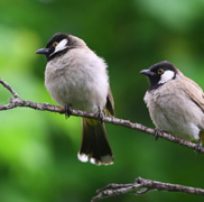 This loop is one of many great birding locations of The Great Washington State Birding Trail. Developed by the National Audubon Society — this loop goes through Ellensburg, Cle Elum and Vantage and offers a variety of birding locations, each with different species of birds. 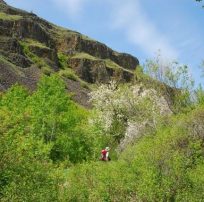 Umtanum Canyon is a 8 mile out and back trail located near Ellensburg, Washington that features beautiful wild flowers and is rated as moderate. The trail is primarily used for hiking and is accessible year-round. Dogs are also able to use this trail.

The trail leaves behind the highway and clusters of anglers and rolls up past an old homestead (complete with an overgrown, brambly apple orchard) and leads into pristine desert wildlife habitat.

The Umtanum Creek Trail in the Yakima River Canyon is a good location to find golden eagles and other birds. 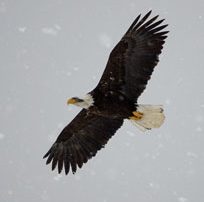 Wenas Wildlife Area offers creek hikes and big views of rolling ridges and the Yakima River Canyon just south of Ellensburg. This wildlife reserve includes several types of habitat from semi-arid shrub-steppe and grassland to pine forest. The boundary between shrub-steppe and pine woods supports a rich variety of bird life and gives the area an outstanding reputation for bird watching.

Wenas Wildlife Area supports a significant population of California big sheep, and also Rocky mountain elk and mule deer. The area is used heavily as a stopover by migratory birds during springtime, and supports many resident bird species year round. During winter, bald eagles are common residents in the Yakima Canyon and tributary canyons. Rattlesnakes are relatively common during late spring and summer at lower elevations. 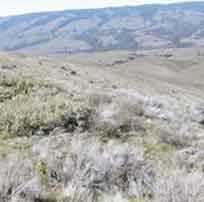 The Naneum Ridge State Forest is 71,000-acres and has good accessibility hunting for both elk and deer on or around Table Mountain. The Naneum Basin/Canyon will holds a variety of animals for viewing as well. If there is early snowfall, the deer and elk will migrate downward and will be found mostly on the south facing slopes of Cooke Canyon and Coleman Canyon.  Coleman creek provides a great access point, but it may be crowded with hunters during Elk Season.
Menu